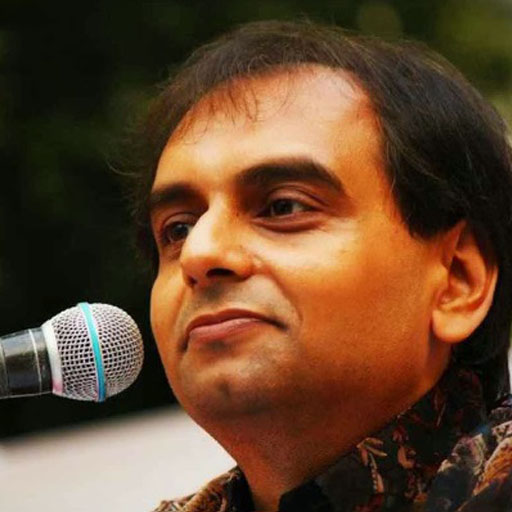 Jay Vasavada (42) is one of the most popular young authors in Gujarati print media today. His versatile columns (especially ‘Spectrometer’ and ‘Anavrut’) covering various aspects of society and culture is running in “Gujarat Samachar” daily (number one in regional readership – approx. 7 million) since last 20 years. His blog http://www.planetjv.wordpress.com is number ONE Gujarati blog getting more than 2500 hits a day regularly (over more than a million hits so far) He has 75000+ followers and friends on social network. As a special correspondent he has done exceptional research assignment and interviews. Besides he has also contributed in famous Gujarati/English publications and websites like Chitralekha, Rediff.com, Times of India, Mid-day, Samkaleen and some government periodicals like ‘Gujarat’. In his maiden publication venture, he brought a set of SMS on print for the first time in world; with remarkable other publications like books on Lord Krishna, love poems and film star’s quotes. ‘Life@Kite’ is his maiden publication venture in English. He has researched in depth reviews/ profiles of many movies/ celebrities. In 2010, he has been honored by Govt. of Gujarat on Independence Day for his outstanding contribution in the field of writing. He was sole recipient of award in this category. His motivational book “JAY HO” set a record with sold out orders of 10,000 copies in just 1 year in premium price market. His latest colorful book JSK : Jay Shree Krishna is reaching to new high by 10,000 copies sold in just 1 year.

With launching of his new column ‘rangat-sangat’ in magazine ‘Abhiyaan’ in 2008, he has became first ever Gujarati columnist to became brand ambassador and featured in series of hoardings across the Gujarat. His more than 1600 articles cover a wide eclectic array of subjects like science, cinema, international politics, women empowerment, environment, culture, religion, art, youth trends, education, personality profiles, economy, philosophy, management, world literature and human relationship. With ‘Yuvahawa’, compilations of these articles, have been published since 2001. An exclusive youthful book on love ‘Preet Kiye Sukh Hoy’ is running in its fifth edition, He had also written daily column of general knowledge in Gujarati Mid-Day of Mumbai. In 2008, he was among G8 (Top future leaders) of Gujarat in Times group’s Lead India contest; & won first round of Sahara TV’s national quiz show ‘Bollywood ka Boss’ hosted by Boman Irani.

An invitation by U.S. government to join media trip at USA came as memorable signpost in his career journey. He visited GERMANY in summer of 2006, selected by Rotary international for study tour. In April 2008, he has been invited to DUBAI by Emirates group. In fourth quarter of 2010, he was invited in USA to deliver various speeches alongwith “Swarnim Gujarat” event, followed by 2012 visist of USA and UK. In early 2012, he was invited by Thailand government to visit global flower show and in in 2014, he was invited by Israel government to observe agricultural achievements and by Singapore government to observe academic environment. In 2015 besides visiting USA twice for addressing key note speech in front of large gathering of Gujaratis, he has visited Italy, Belgium and Switzerland. Jay’s prominent assignment includes anchoring and scripting of a daily Gujarati celebrity talk show “Samvaad” on popular channel ETV with more than 225 episodes. He has presented celebrity show “Priya Gujarati” as anchor/writer/researcher on ETV. He is also writer-anchor of cultural TV serial “Aaswaad” on Doordarshan aired to 128 countries. He is regularly delivering speeches on All India Radio. He has been an orator in over 1600 public speeches (including the prestigious ones like ‘asmitaparv’ of hon. Moraribapu and book launching of PM shri Narendra Modi), lectures at workshop of Gujarat government/Clubs/educational institutes, making him the most popular speaker in the region. He is the only speaker to get “once more” for lecture twice in America.

A double graduate in the field of commerce with specialization in Management, he was a full time lecturer of marketing subjects for 3 years in college affiliated with Saurashtra University. During this tenure, he also served as Principal-in-charge for some time. He is invited frequently as a resource person for orientation/refresher courses for lecturers/professors organized by Academic Staff College, Saurashtra University and Gujarat University.

To add a feather to his cap, he is acclaimed for winning over 300 local to national level debate, elocution, quiz, poem/story/slogan writing competitions and attending workshops/seminars during his graduation. Some significant landmarks are an award by President of India, prize winning essay for Bhabha Atomic Research Centre, special reward in a UNESCO contest, and a public speaking contest organized by Jaycees clubs of India & Japan.

He is often recognized for his huge personal collection of 11,000 books, 15,000 magazines, 7,000 cassettes/CD’s/DVD’s. He has seen over 5000 Hollywood and Bollywood films which aptly justifies his interest and creativity for the silver screen. He is completely dedicated to writing / training /public speaking /anchoring profession only as for the time being.

Single, cheerful and positive by nature, this man with global outlook obtained complete primary education (for 7 years) through parents at home, without going to school at all and still having a bright academic career-which always reflects in his analysis and observations. He is competent in English, Hindi and Gujarati communications.